INCLUSION AT THE OLYMPICS & PARALYMPICS

The fact that the Tokyo 2020 Olympics took place at all – albeit without fans, and a year late – could be considered a success in itself. But in many ways, it also proved to be a real landmark games for equality. 49% of athletes were women and Laurel Hubbard become the first openly transgender woman to compete in the Olympics. However, that’s not to say the games were without their challenges. Investigo’s DEI committee held a discussion on participation and intersectionality in the Olympic and Paralympic games, and where we need to see improvements in the future.

49% of athletes in the Olympic games were women

The Oxford Dictionary defines intersectionality as, “The interconnected nature of social categorisations such as race, class and gender, creating overlapping and interdependent systems of discrimination and disadvantage.” It’s important to recognise that we don’t exist in siloes – the various aspects of our personalities and backgrounds intersect to make us who we are – and we must therefore take into account people’s overlapping identities.

“A good starting point for D&I is to make sure it’s gender neutral.” Melanie Robinson

At the same time, governing bodies need to do a better job of understanding and catering for athletes’ individual identities. The International Swimming Federation banned the wearing of swim caps designed for black athletes on the grounds that they did not follow “the natural form of the head.” There was also the controversy of six female athletes, all from Africa, being banned from their events as their natural testosterone levels were too high.

Perhaps a single mode of classification does not cater sufficiently for people’s complexity. As well as testosterone levels, should we also consider bone density and muscle density? Former swimmer Michael Phelps produced less lactic acid than other swimmers, which gave him superior stamina. Was it fair to allow him to compete?

Quite often, the decisions made by a governing body will be dictated by the makeup – and, to a degree, the scope of understanding – of the people who comprise it. As in the business world, men often make decisions on behalf of everyone. Mothers competing at the Olympics were not allowed to take their babies to the games in order to continue breastfeeding. If there was greater female representation at board level, perhaps this situation would have been avoided. More diverse boards would certainly result in a greater understanding of these issues.

“If the people making the rules are predominantly male, we’re not creating an environment for diversity of thought. By not including females and members of diverse communities, not much is going to change.” Marie Cuffaro

It’s harder to avoid categorising people in the Paralympics, where athletes are grouped into one of 10 impairment categories – eight being physical, one intellectual and one visual. This means it’s unrealistic to expect equal functionality from athlete to athlete across Paralympic events. There have been occasions where athletes have purposely aligned themselves to a particular category in order to gain an advantage, making strict grouping necessary for the games’ fairness and credibility. Spain’s basketball team at the 2000 Paralympics were stripped of their intellectual disability gold medals when it was discovered that most of them hadn’t undergone medical tests to ensure they had a disability, an extreme example of class manipulation.

“As a race, we’re so intent on categorising people that it’s hard to have a non-binary way of thinking. We’re trying to lump people into boxes when they fit into many different boxes. Everyone’s still learning and trying to identify the right way to go about things.” Melanie Robinson

The importance of accessibility

With 49% of the athletes being female, the Tokyo Olympics were the most gender equal in history. It’s expected that Paris 2024 will see total parity. While men would have traditionally enjoyed most of the TV spotlight, there is now a far greater focus on female led or mixed events – there were 18 in these Olympics, compared to nine in the previous games – giving women a larger stage on which to shine. Welcomely, though belatedly, the games are now truly showing allyship to female athletes. However, it should be noted that the Olympics’ increasing proximity to gender equality is not yet being mirrored at the Paralympics, where 40.5% of athletes and only 10% of accredited coaches were women.

Women’s sport is experiencing a significant increase in coverage outside the Olympics, which is crucial for the profile of female athletes. In March, the WSL signed a landmark broadcast deal with Sky and the BBC, and The Hundred ensures equal coverage and pay for female cricketers.

Language is also important in changing perceptions. Traditionally, we were more likely to refer to boys as powerful and brave, and girls as pretty and kind. But by changing the way people are spoken to, we can help to change not only external perceptions, but also their own view of their capabilities. This is systemic change we all need to be responsible for.

One of the biggest challenges for para sport is its accessibility to potential viewers, with coverage not always readily available. This is gradually changing; Japan’s main Olympic broadcaster showed 540 hours of coverage of the Tokyo Paralympics, more than any previous home nation broadcaster. Channel 4 showed 300 hours of round-the-clock coverage and over 1,000 hours on its streaming service All 4. Its coverage was viewed by over 20 million people, including over a fifth of the UK’s young people aged 16-34. To form new habits, behaviours and perceptions while creating role models for aspiring Paralympic athletes, it’s important to target those younger people. 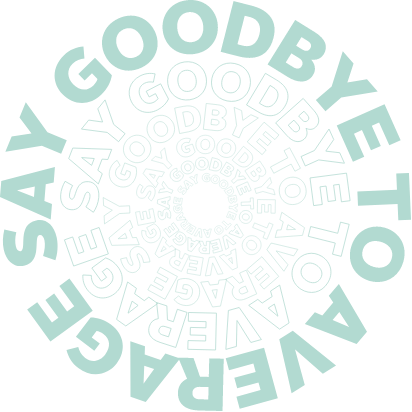 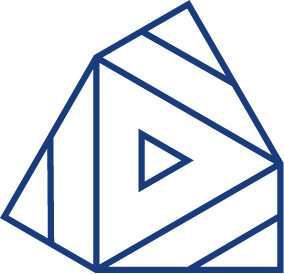 A question of expression

During the Tokyo games, the IOC banned gestures such as taking the knee and raising a fist in support of racial equality, also prohibiting its social media teams from posting pictures of such actions. An IOC Athletes’ Commission review revealed that the majority of athletes were against protests within the fields of play or on the podiums. USA silver medal winning shot putter Raven Saunders was the subject of an IOC investigation of her cross-armed gesture on the podium, representing the intersection of groups she saw as oppressed. The IOC subsequently dropped the investigation, in light of the fact that Saunders had sadly lost her mother only days before.

While some would argue that athletes should be using their platform to stand up for what they feel is right, others feel the sporting world is not the right place. We saw a similar situation in Euro 2020, where Germany’s request to light up the Allianz Arena in Pride colours for its match with Hungary was denied by UEFA, as this was deemed a direct criticism of the Hungarian parliament’s passing of a law banning gay people from featuring in school educational materials or TV shows for under-18s. Similarly, governing bodies are often reluctant to get involved when political, religious or cultural factors prohibit an athlete’s ability to compete. Countries like Saudi Arabia, for example, do not necessarily encourage women to play sport.

The Tokyo games proved a turning point for LGBTQ+ athletes, with more participants from these communities than in every previous games combined. Indeed, had these athletes been in a team of their own, they would have ranked seventh with 33 medal winners. Perhaps the fact that there were no fans at the Olympics made athletes a lot more comfortable about coming out.

This progress is in no small part down to the impact of role models such as Tom Daley, giving encouragement to others who are thinking about coming out. It’s important that this support starts at localised levels, creating safe spaces where athletes can be themselves.

Though progress is being made on inclusion of LGBTQ+ athletes, there remain countries that criminalise homosexuality. We’re unlikely to see an out international male footballer for some time, with the next World Cup to be held in Qatar. The problem has been highlighted in the recent series ‘Rise of the Premier League,’ where former footballer Graeme Le Saux described being called gay because he dressed and behaved differently to other players. Allyship will be crucial to bringing about change, and there are already signs that attitudes are progressing. Wolves’ Conor Coady is an eager ally for professionals who want to talk about this extremely sensitive issue.

Of 40 out athletes competing in the football at this year’s Olympics, none were men

We also need to see an increase in allyship from supporters, governing bodies and parents – who have a huge part to play in encouraging their children and making them feel comfortable about who they are. When an athlete has devoted years to preparing for an Olympics, the last thing they need is to worry about potentially receiving abuse from the audience. Removing that concern will allow them to be more comfortable and to perform to the best of their ability. If they’re given encouragement at a young age and they know there are people who they can speak to with confidence, we’re likely to see significantly more out competitors.

For all our increasing awareness of intersectionality, we should not underestimate the importance of the differences we can’t see. One in six people have a neurodivergence of some sort, and will therefore process information differently to people who are neurotypical. Everyone has certain strengths or weaknesses – but the variations are more pronounced in someone who has a neurodivergence. Australian rower Chris Morgan, who competed at three Olympic games and won a bronze medal in 2012, believes his autism gave him a strong attention to detail that helped to make him successful. His example shows that it’s often our differences that make us stronger, and that’s why it’s so important that we understand and respect those differences not just when we’re watching sport, but in our daily life. Nowhere is life’s variety illustrated more colourfully than at the Olympics.

Tokyo 2020 saw significant steps in inclusion for both Olympic and Paralympic athletes, but there’s a lot more work to do to properly understand and represent all the overlapping needs of the huge variety of people taking part in these events. As we continue to understand ourselves better, we will undoubtedly see further progress. With the right support from the athletic community, governing bodies and supporters – allied to fair coverage that helps to showcase talented athletes and raise awareness of their individual challenges – we can, in the words of the International Olympic Committee, build a better world through sport.

Diversity and inclusion are integral to everything we do at Investigo. If you’d like to talk to one of our experts about how you can improve levels of inclusion in your organisation, please contact us.